Many people experience depression in life due to several factors some of which can only be explained by them.

Depression is classified as a mood disorder. It may be described as feelings of sadness, loss, or anger that interfere with a person’s everyday activities.

It’s also fairly common. The Centers for Disease Control and Prevention (CDC) estimates that 8.1 percent of American adults ages 20 and over had depression in any given 2-week period from 2013 to 2016.

People experience depression in different ways. It may interfere with your daily work, resulting in lost time and lower productivity. It can also influence relationships and some chronic health conditions.

Conditions that can get worse due to depression include:

It’s important to realize that feeling down at times is a normal part of life. Sad and upsetting events happen to everyone. But, if you’re feeling down or hopeless on a regular basis, you could be dealing with depression.

Depression is considered a serious medical condition that can get worse without proper treatment. Those who seek treatment often see improvements in symptoms in just a few weeks.

Depression can be more than a constant state of sadness or feeling “blue.”

Major depression can cause a variety of symptoms. Some affect your mood, and others affect your body. Symptoms may also be ongoing, or come and go.

The symptoms of depression can be experienced differently among men, women, and children differently.

Men may experience symptoms related to their:

Women may experience symptoms related to their: 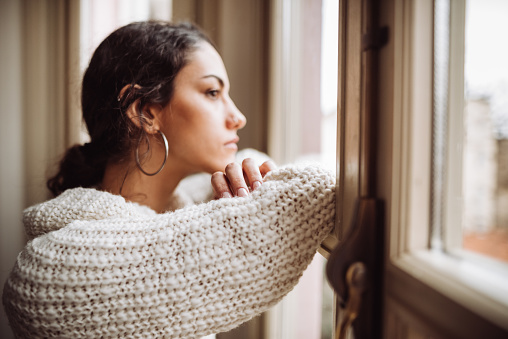 Children may experience symptoms related to their:

The symptoms can extend beyond your mind.

There are several possible causes of depression. They can range from biological to circumstantial.

About 21 percent of people who have a substance use problem also experience depression. In addition to these causes, other risk factors for depression include:

Many factors can influence feelings of depression, as well as who develops the condition and who doesn’t.

However, in many cases, healthcare providers are unable to determine what’s causing depression.

There isn’t a single test to diagnose depression. But your healthcare provider can make a diagnosis based on your symptoms and a psychological evaluation.

In most cases, they’ll ask a series of questions about your:

Because depression can be linked to other health problems, your healthcare provider may also conduct a physical examination and order blood work. Sometimes thyroid problems or a vitamin D deficiency can trigger symptoms of depression.

Don’t ignore symptoms of depression. If your mood doesn’t improve or gets worse, seek medical help. Depression is a serious mental health illness with the potential for complications.

If left untreated, complications can include:

Depression can be broken into categories depending on the severity of symptoms. Some people experience mild and temporary episodes, while others experience severe and ongoing depressive episodes.

Major depressive disorder is the more severe form of depression. It’s characterized by persistent feelings of sadness, hopelessness, and worthlessness that don’t go away on their own.

In order to be diagnosed with clinical depression, you must experience 5 or more of the following symptoms over a 2-week period:

There are different subtypes of major depressive disorder, which the American Psychiatric Association refers to as “specifiers.”

In order for the diagnosis to be made, symptoms must last for at least 2 years. PDD can affect your life more than major depression because it lasts for a longer period.

It’s common for people with PDD to:

Depression can be treated successfully, but it’s important to stick to your treatment plan.

Living with depression can be difficult, but treatment can help improve your quality of life. Talk to your healthcare provider about possible options.

You may successfully manage symptoms with one form of treatment, or you may find that a combination of treatments works best.

It’s common to combine medical treatments and lifestyle therapies, including the following: 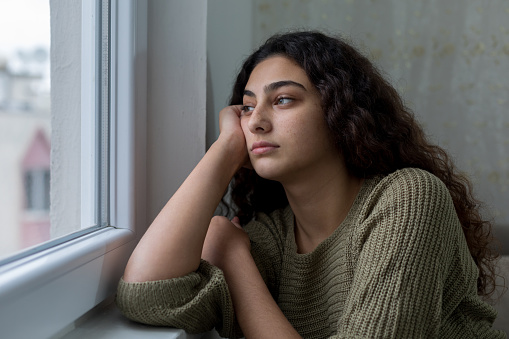 Your healthcare provider may prescribe:

Speaking with a therapist can help you learn skills to cope with negative feelings. You may also benefit from family or group therapy sessions.

Exposure to doses of white light can help regulate your mood and improve symptoms of depression. Light therapy is commonly used in seasonal affective disorder, which is now called major depressive disorder with seasonal pattern.

Ask your healthcare provider about acupuncture or meditation. Some herbal supplements are also used to treat depression, like St. John’s wort, SAMe, and fish oil.

Aim for 30 minutes of physical activity 3 to 5 days a week. Exercise can increase your body’s production of endorphins, which are hormones that improve your mood.

Drinking or misusing drugs may make you feel better for a little bit. But in the long run, these substances can make depression and anxiety symptoms worse.

Learn how to say no

Feeling overwhelmed can worsen anxiety and depression symptoms. Setting boundaries in your professional and personal life can help you feel better.

Take care of yourself

You can also improve symptoms of depression by taking care of yourself. This includes getting plenty of sleep, eating a healthy diet, avoiding negative people, and participating in enjoyable activities.

Sometimes depression doesn’t respond to medication. Your healthcare provider may recommend other treatment options if your symptoms don’t improve.

These include electroconvulsive therapy (ECT), or repetitive transcranial magnetic stimulation (rTMS) to treat depression and improve your mood.

Traditional depression treatment uses a combination of prescription medication and counseling. But there are also alternative or complementary treatments you can try.

It’s important to remember that many of these natural treatments have few studies showing their effects on depression, good or bad.

Likewise, the U.S. Food and Drug Administration (FDA) doesn’t approve many of the dietary supplements on the market in the United States, so you want to make sure you’re buying products from a trustworthy brand.

Talk to your healthcare provider before adding supplements to your treatment plan.

Several types of supplements are thought to have some positive effect on depression symptoms.

Studies are mixed, but this natural treatment is used in Europe as an antidepressant medication. In the United States, it hasn’t received the same approval.

This compound has shown in limited studies to possibly ease symptoms of depression. The effects were best seen in people taking selective serotonin reuptake inhibitors (SSRIs), a type of traditional antidepressant.

5-HTP may raise serotonin levels in the brain, which could ease symptoms. Your body makes this chemical when you consume tryptophan, a protein building block.

These essential fats are important to neurological development and brain health. Adding omega-3 supplements to your diet may help reduce depression symptoms.

Essential oils are a popular natural remedy for many conditions, but research into their effects on depression is limited.

People with depression may find symptom relief with the following essential oils:

Other oils, such as chamomile or rose oil, may have a calming effect when they’re inhaled. Those oils may be beneficial during short-term use.

Vitamins are important to many bodily functions. Research suggests two vitamins are especially useful for easing symptoms of depression:

Many herbs, supplements, and vitamins claim to help ease symptoms of depression, but most haven’t shown themselves to be effective in clinical research.

Learn about herbs, vitamins, and supplements that have shown some promise, and ask your healthcare provider if any are right for you.

Depression isn’t generally considered to be preventable. It’s hard to recognize what causes it, which means preventing it is more difficult.

But once you’ve experienced a depressive episode, you may be better prepared to prevent a future episode by learning which lifestyle changes and treatments are helpful.

Techniques that may help include:

Other techniques and ideas may also help you prevent depression.

Bipolar depression occurs in certain types of bipolar disorder, when the person experiences a depressive episode.

This depends on the type of bipolar disorder you have. A diagnosis of bipolar 1 only has to have the presence of manic episodes, not depression.

Symptoms of depression in people with bipolar disorder may include:

If bipolar disorder is treated, many will experience fewer and less severe symptoms of depression, if they experience depressive episodes.

These 7 treatments may help ease symptoms of bipolar depression.

Depression and anxiety can occur in a person at the same time. In fact, research has shown that over 70 percent of people with depressive disorders also have symptoms of anxiety.

Though they’re thought to be caused by different things, depression and anxiety can produce several similar symptoms, which can include:

Both anxiety and depression can be treated with:

If you think you’re experiencing symptoms of either of these conditions, or both of them, make an appointment to talk with your healthcare provider. You can work with them to identify coexisting symptoms of anxiety and depression and how they can be treated.

Have medical questions? Connect with an experienced, board-certified therapist online or by phone. Pediatricians and other specialists also available 24/7.

Obsessive-compulsive disorder (OCD) is a type of anxiety disorder. It causes unwanted and repeated thoughts, urges, and fears (obsessions).

These fears cause you to act out repeated behaviors or rituals (compulsions) that you hope will ease the stress caused by the obsessions.

People diagnosed with OCD frequently find themselves in a loop of obsessions and compulsions. If you have these behaviors, you may feel isolated because of them. This can lead to withdrawal from friends and social situations, which can increase your risk for depression.

It’s not uncommon for someone with OCD to also have depression. Having one anxiety disorder can increase your odds for having another. Up to 80 percentTrusted Source of people with OCD also have major depression.

This dual diagnosis is a concern with children, too. Their compulsive behaviors, which may be first developing at a young age, can make them feel unusual. That can lead to withdrawing from friends and can increase the chance of child developing depression.

Some individuals who have been diagnosed with major depression may also have symptoms of another mental disorder called psychosis. When the two conditions occur together, it’s known as depressive psychosis.

The combination of the two conditions is particularly dangerous. That’s because someone with depressive psychosis may experience delusions that cause them to have thoughts of suicide or to take unusual risks.

It’s unclear what causes these two conditions or why they can occur together, but treatment can successfully ease symptoms. Treatments include medications and electroconvulsive therapy (ECT).

Understanding the risk factors and possible causes can help you be aware of early symptoms.

Pregnancy is often an exciting time for people. However, it can still be common for a pregnant woman to experience depression.

Symptoms of depression during pregnancy include:

Treatment for depression during pregnancy may focus entirely on talk therapy and other natural treatments.

While some women do take antidepressants during their pregnancy, it’s not clear which ones are the safest. Your healthcare provider may encourage you to try an alternative option until after the birth of your baby.

The risks for depression can continue after the baby arrives. Postpartum depression, which is also called major depressive disorder with peripartum onset, is a serious concern for new mothers.

Research has established a link between alcohol use and depression. People who have depression are more likely to misuse alcohol.

Out of the 20.2 million U.S. adults who experienced a substance use disorder, about 40 percent had a cooccurring mental illness.

According to a 2012 study, 63.8 percent of people who are alcohol dependent have depression.

Drinking alcohol frequently can make symptoms of depression worse, and people who have depression are more likely to misuse alcohol or become dependent on it.

Depression can be temporary, or it can be a long-term challenge. Treatment doesn’t always make your depression go away completely.

If one treatment doesn’t work, talk with your healthcare provider. They can help you create a different treatment plan that may work better in helping you manage your condition.